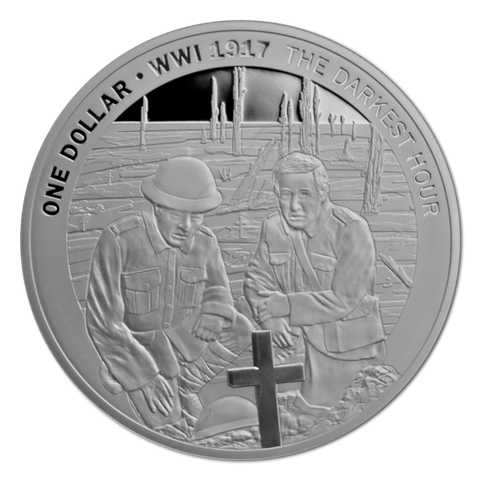 12 October 1917 was the deadliest day in New Zealand’s military history. The failed attempt to capture the Belgian village of Passchendaele resulted in 3,700 New Zealand casualties, including 845 killed. The failed offensive saw many of the casualties buried in unmarked graves. After the war the Tyne Cot Cemetery was built to memorialise these fallen troops close to where they had perished, along with other sites at Buttes, Polygon Wood and Messines. This coin depicts two soldiers paying their respects to a fallen comrade at a makeshift grave, with the desolation of the landscape in the background.